The emergence of the Internet is radically changing the way we approach information, including the way the media communicate with the public. In this connection, what further evolution can be expected for the TLS in the near future?

The aim of the TLS is to identify and explain the best in literature and ideas. The internet is a way ofcommunicating what we do – and finding readers. Evolving new ways of doing the latter is the more important.

I would like to know your personal appraisal of English contemporary literature. Along history, English literature has contributed phenomenal writers and thinkers to our culture. Is the current situation consistent with that trend? As things stand now, is it foreseeable the trend will continue in the future?

Therehave been great periods for producing English literature that lasts. We like to remember those. There have been periods better forgotten. We do forget them. Future trends? We can’t see them. Hard work and hard thinking have always been the doors to the good, whatever writers like to claim. In England today anyone can seek those doors, not only, or not even especially, the English.

Many writers have always been more or less influenced by the literary vogue of their time. This is probably more so nowadays, when books are often treated as one more product of a mass market. Are we perhaps overlooking any authors due to the overwhelming influence of more ‘trendy’ literary styles or subjects?

The mass market was as important at the end of the 19th century as it is now. Popular writers, by their very popularity, show something of their time. Literary writers – defined as those with higher intentions to last – sometimes did last and sometimes still will. I suspect we are overlooking fewer contributors to literature than at any time since the first words were written.

From your standpoint, what is the relative weigh of Latin American novel in the present world’s literature? Is it contributing more, or less, than during the boom of the 1970s?

As times passes, we often find ourselves looking at the past under a different light. Seen from that distance, was the boom of the 1970s the literary milestone it was then claimed?

I am tapping out these replies in a library of fiction that I began assembling in 1970. Many of the names around me are now wholly forgotten.When I am ready to throw them away I will be ready to answer this question.

As thousands of other critics all over the world, you have recently started your own blog. Would you say that blogs fill a gap that was there to be filled or, on the contrary, they are redundant and somehow becoming an obligation you would rather live without?

This sudden mushrooming of bloggers is one more consequence of the emergence of the Internet, where any person can now communicate with any other one (almost) without restrictions. Will it be possible to keep the relation quantity/quality that prevailed before the Internet? Are we poised to a new Babel Tower for excess of information, or will an equilibrium be reached some day?

Do you now have as much spare time to mow your lawn as ten years ago?

I have more spare time. My children have grown up. I have lawns but, bad as this may sound, I don’t mow them. 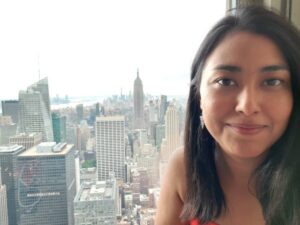